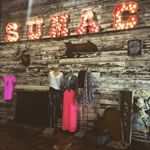 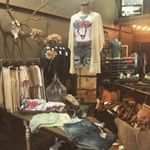 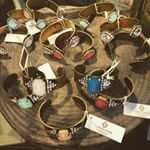 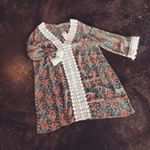 Mother and Daughter, Susie Wooten and Makenzi Wooten have always been the creative kind with big ideas. In 2007, they began making jewelry just for fun and often times would sell it while they were wearing it around town. They then decided it was time to have a way to sell what they were making in a different way. Since Susie held down a full time job, and Makenzi was a full time student in College, they decided to open a booth in a small store on Main Street in their hometown of Duncan, Oklahoma. They still had no name for this venture, even on the way to apply for their Tax Licenses, they were still rattling their brains about what to call this booth of theirs. They decided to combine their names and call it Sumac, adding the Trading Co. just for grins. They thought this name would work until they came up with something better. They had no idea what was to come from their little idea!

Sumac has fully renovated and added another 2,000 square feet to their retail store and now occupies 4,000 square feet with everything from jewelry, women’s and men’s clothing, shoes, home decor, accessories, stationary, and even a bar in the back for the kiddos and husbands to hang out while their loved ones shop!

We hope you love Sumac as much as we do! Stay awhile and we hope you find something you just can’t live without!