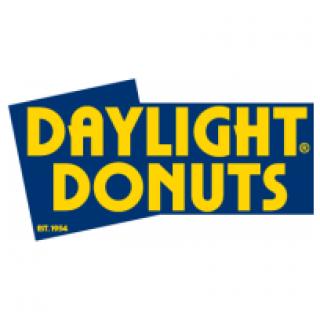 The Daylight Donut Flour Company, LLC, is a privately held enterprise with nearly a thousand retail outlets in 28 states and close to a dozen international markets.

From its founding in 1954, the Daylight Donut Flour Company has embraced an entrepreneurial culture, with all stores independently owned and operated by business people who are free to keep all the profits they earn from their stores.

In 1954, Tommy and Lucille Day set out to create a new kind of donut mix — one with a distinctively light texture and flavor. The Day’s light donut recipe became Daylight Donuts. And over the years, their Tulsa-based enterprise grew into a worldwide network of independently owned retail outlets numbering nearly 1000… and growing.