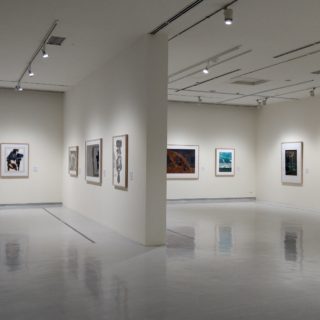 The new exhibit tells the story of Black, Native American, and Hispanic cowboys along the Chisholm Trail. The exhibit features a reader rail with a short video as well signage with more information.

“To fully celebrate and perpetuate the history and culture of the Chisholm Trail, it’s important for us to tell the often untold stories of the diverse people and cultures that contributed to the legacy of the Trail,” said Leah Mulkey, CTHC assistant director.

According to research, there were an estimated 35,000 cowboys who worked ranches and rode the trails in the late 1800s. Of these cowboys 1 out of every 3 were either Black or Hispanic.

“We want the opportunity to tell stories with diverse perspectives by representing multiple ethnic groups, which will allow us to expand our reach and ensure we connect with individuals from all races and ethnicities,” Mulkey said.

The Center’s theme for 2023 is Diversity on the Trail, which will be represented in their Garis Gallery of the American West, their education program, and more.

“It is important to tell the full story of the Trail’s history, and that can’t be done without giving credit to the Black, Native American and Hispanic cowboys who worked alongside white cowboys to herd cattle up the trail,” Mulkey said.

In addition to the new exhibit, LaQuincey Reed’s featured artist exhibit, “Black Cowboy: The Legacy,” will be on display January 10 through February. Shirley King, a local artist, will also have her artwork on display in the Center’s lobby during this time.

“We are so thankful to have artworks on display by LaQuincey and Shirley,” Mulkey said. “Their pieces will be a great addition to help us show more diverse perspectives.”